Could you please share with us some of the consequences of hidden sin? We came across the story of Achan in Joshua 7:1-25 in our group Bible study last night and were struck by the harsh punishment he received for what seemed to be not such a big deal. However, it certainly was a big deal to God and so the consequences for hidden sin must be a big thing for us.

We all sin. We feel that we would classify most of our sins as small things. But, so often a sin is so great, embarrassing, hurtful, or shameful, that we hide it from others. We noticed that God said these sins, once committed, and not cleaned up, can bring great destruction. Could you please expand on this so that we don’t end up like Achan who struggled with the consequences of hidden sin?

Certainly! I’m glad to give you some thoughts about hiding our sins.

1. Hidden Sin Causes God to Stop Listening to Us

Can it get any clearer than that? Many of us wonder why God doesn’t answer our prayers and the answer is right here. If we’re harboring sin in our lives, God closes his ears to our prayers and never hears what we say. This is perhaps the greatest danger of hiding sin.

Who would have ever guessed that there are times when God doesn’t hear our prayer?

Now certainly, I’m sure that God still hears our prayers. I think that the idea that God doesn’t hear our prayers is a hyperbole. A hyperbole is an overstatement for the purpose of emphasizing something special.

Hyperbole or not, we get a feel for the utter devastation that comes between us and God when unconfessed sin remains hidden.

I recall a mother who came for prayer about her older daughter who was caught up in drugs and alcohol. I said, “Before we pray, tell me how things are going at home in your marriage.”

She replied, “Things are not going well,” she said. “We are having a lot of problems. We fight over finances and money. He’s not coming to church no matter how hard I try to get him to come.”

So I offered, “Maybe your marital problems are the very reason that your prayers are ineffective. If you clean up the sins in your marriage and life, I believe that God is better able to do what you ask."

When I kept silent, my bones wasted away through my groaning all day long. For day and night your hand was heavy on me; my strength was sapped as in the heat of summer. (Psalm 32:3-4)

David wrote this verse referring to his adultery with Bathsheba. He thought his sin was all hidden until the prophet Nathan pointed his finger at David and said, “You are the man.” The story was out and David paid the consequences. His next child was doomed to die and his family was plunged into rape, lying, and rebellion.

I’ve dealt with way too many adulterous men whose insides are inflamed as they struggle with whether or not to keep their sin hidden or confess it. 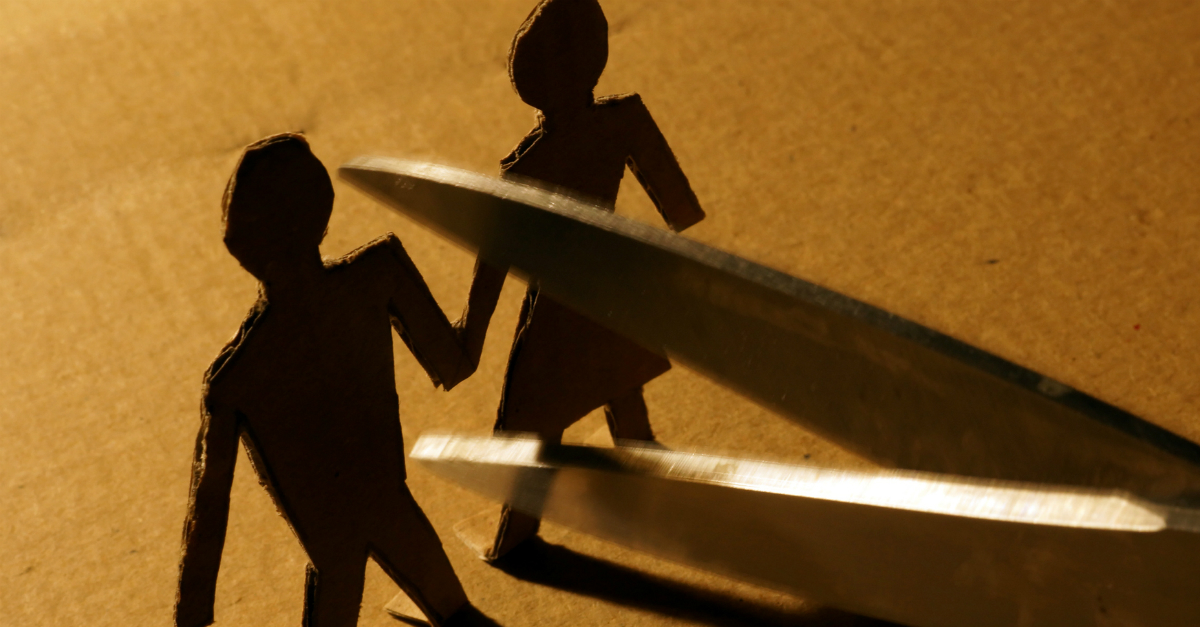 3. Hidden Sin Will Always Inflict Pain upon Those around Us

It’s not possible to have the same outward demeanor during or after an affair than we had before we slipped into sin. People will always sense that something’s wrong somewhere.

I picture a rock tossed into a calm body of water. The rock doesn’t just make a splash. A small growing wave of concentric dimensions spreads out in all directions. Mom’s the first wave of pain. The second-wave overwhelms the children like a tsunami. As the waves circle out from the center the devastation continues with parents and in-laws and friends.

The story of Achan demonstrates the tragedy of hidden sin (Joshua 7:1-26). Joshua 6 describes the taking of Jericho by the Israelites. God told Israel that all of the articles and people of Jericho were to be destroyed. But, Achan was covetous and took some gold and some beautiful Babylonian garments. He hid them in the back of his tent.

Shortly thereafter God sent a number of Israeli soldiers to conquer the city of Ai. The soldiers said to Joshua, “you don’t need to send many soldiers, we should conquer them easily.” However, they lost miserably. Thirty-six Israelites were killed.

God had a system whereby they drew lots and soon the culprit was found out (Joshua 7:22-25).

God revealed Achan as the perpetrator. Achan’s hidden sin destroyed his family: they were burned alive.

The cost of hidden sin often levels tremendous consequences against our family, friends, and loved ones. With that hidden sin now out of the picture, Israeli soldiers decimated Ai.

4. Some Sins Stay Hidden until They Pop Up in a Completely Different Area

Solomon cultivated many foreign wives against God’s direct instructions. The Bible says that because he did this, God raised up adversaries until Solomon was involved in all kinds of political and moral battles. The wives and concubines don’t seem intertwined with the four lives, but they were.

Consider a man whose business is failing. Everything seems to be going wrong. He may think the cause is economic or managerial and it may well be—but sometimes it’s a moral sin that’s been committed Proverbs 6:26 says: “For on account of a harlot one is reduced to a loaf of bread, And an adulteress hunts for the precious life.”

God often brings you judgment and areas that seem to be totally unrelated. 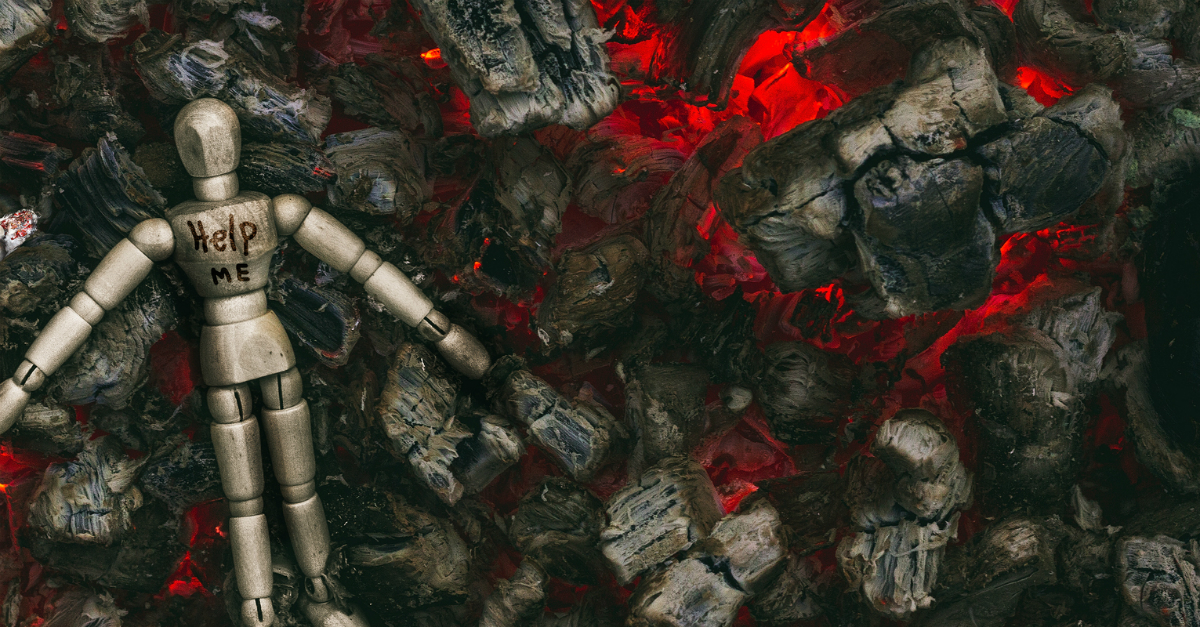 The three laws of sowing and reaping give an insight into the dramatic trauma of holding on to unconfessed sins:

- We always reap what we sow.

- We always reap more than we sow.

- We always reap in a different season than we sow.

Plant a kernel of wheat and soon you can count 30 kernels from that one original kernel.

We Always Reap What We Sow

Sow an affair and reap a divorce.

One of our pastors hid his sin for quite a long time. Finally, suddenly, it became clear to me that he was having an affair. He was coming home late, leaving the church at strange hours, seemed to be having struggles with his wife and was living out an obviously eroding spiritual life.

One Sunday night after church I asked him to come outside with me. “You are committing adultery, aren’t you?”

He was stunned; he thought that his sin was well covered. How foolish is that!

The harvest came the next morning as our adulterer was meeting with me to decide how best to handle the situation.

Suddenly, the door to my office slammed open! “You’re committing adultery, aren’t you”! Then came the harvest cut. She started pulling books off my library shelves and hurling them at him. I’ll never forget the sight of him trying to hide behind my orange couch as heavy volumes rained upon him. Finally, she screamed at him and stormed out of my office. This time, the door slammed shut as she departed.

By the way, while his sin was still hidden, he led the “other woman” to Christ and then had the gall to baptize her.

We Always Reap More Than We Sow

Plant a kernel of wheat and soon you can count 30 kernels from that one original kernel.

If we are too busy for our children when they are young, it is most likely they won’t have time for us when we grow up.

We Always Reap in a Different Season

This is one of the reasons why sin is so deceptive. We think that we're getting away with it, because the crop doesn’t come up immediately!

When I was young the worship leader of our church was stealing cash from the church office safe after everyone had gone home on Sunday. He designed what he thought was a fool-proof scheme and got away with it for quite a long time.

My dad and two other men suspected that our worship leader was the culprit. So they laid a trap.

They found hiding places near the office and waited. Sure enough, at 2:00 PM, here he came. They waited until he opened the floor safe and had cash in his hands. Then they came out of hiding. They caught him red-handed. He sowed in one season and reaped in a different one.

6. Whether or Not Sin Remains Hidden, the Sinner Must Settle with God

Unless sin is confessed early on, it’s likely that no one hurt by it will ever get over it. What’s more, the adulterer doesn’t get off easy. He and God must settle things out.

By the way, the watchword of the previous generation was, “if your marriage is failing go ahead and get a divorce. Don’t worry about the children. Children are resilient. They’ll get over it.”

Well, Brie, I hope you find this helpful.

Editor's Note: Pastor Roger Barrier's "Ask Roger" column regularly appears at Preach It, Teach It. Every week at Crosswalk, Dr. Barrier puts nearly 40 years of experience in the pastorate to work answering questions of doctrine or practice for laypeople or giving advice on church leadership issues. Email him your questions at [email protected].

Dr. Roger Barrier retired as senior teaching pastor from Casas Church in Tucson, Arizona. In addition to being an author and sought-after conference speaker, Roger has mentored or taught thousands of pastors, missionaries, and Christian leaders worldwide. Casas Church, where Roger served throughout his thirty-five-year career, is a megachurch known for a well-integrated, multi-generational ministry. The value of including new generations is deeply ingrained throughout Casas to help the church move strongly right through the twenty-first century and beyond. Dr. Barrier holds degrees from Baylor University, Southwestern Baptist Theological Seminary, and Golden Gate Seminary in Greek, religion, theology, and pastoral care. His popular book, Listening to the Voice of God, published by Bethany House, is in its second printing and is available in Thai and Portuguese. His latest work is, Got Guts? Get Godly! Pray the Prayer God Guarantees to Answer, from Xulon Press. Roger can be found blogging at Preach It, Teach It, the pastoral teaching site founded with his wife, Dr. Julie Barrier.

This content first appeared on Crosswalk.com and is used here with permission. To view the original visit: https://www.crosswalk.com/church/pastors-or-leadership/ask-roger/consequences-of-hidden-sin.html