Marriage was designed by God to be a unique witness of His image. While that is the design, effectively reaching the goal of that design can be quite the journey!

It takes intentionally cultivating a safe, generous relationship to be a marriage that is reflective of the Gospel and God’s love. But how beautiful is it that God gives us such a powerful tool to bring others to Christ?

Here’s three ways we can tend our marriages so our relationship can draw others closer to Christ:

1. Commit to Encouraging and Supporting Your Spouse

In the quiet, private moments of your marriage, be committed to speaking encouragement over your spouse and being a support to them in times of need.
Then his wife said to him, “Do you still hold fast your integrity? Curse God and die!” But he said to her, “You speak as one of the foolish women speaks. Shall we indeed accept good from God and not accept adversity?” In all this Job did not sin with his lips. Job 2:9-10 NAS

Job’s wife is sadly the classic un-example. I’m sure she was speaking out of the overflow of grief in her own soul after losing their children and livelihood.

And it’s hard in the throes of such incalculable loss to mind every word that comes out of you. But as a rule, being committed to speaking encouragement, truth, grace, and comfort over your spouse when you go through hard times is one of the first and foremost ways our marriages can bring others closer to Christ.

It’s a private matter that must be tended for our public lives to be of use to the Lord.

Oswald Chambers said, “My worth to God in public is what I am in private.”

This is quite true in our marriages as well. The private ways we nurture one another are absolutely necessary to building the kind of relationship dynamic God can use publicly with others.

When we made our marriage vows, I pictured the “worse” and “sickness” and “poverty” as external forces. Like a storm on the outside of a house. While they might be external issues, as flawed people, we have leaks in the roofs and windows of our hearts; we have weather rot and termite damage.

The months of unemployment tweak us and less than lovely parts of our hearts bubble to the surface. Grief as we lose loved ones, endure miscarriage and empty cradles, processing the disappointments of life all impact us and these things leak into how we interact with each other.

This was missing in Job’s marriage and God still used Job as a witness, but the marriage team missed an opportunity to experience and be used by God together because of her bitterness of soul. 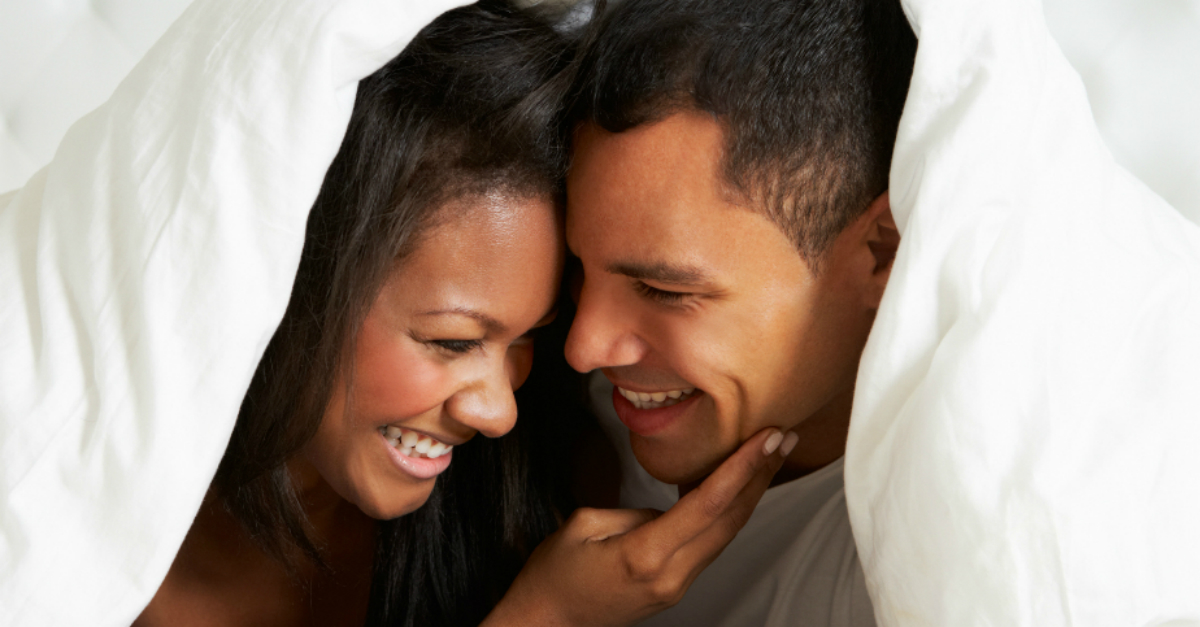 2. Feed a Heart of Trust in Your Marriage Relationship

Abraham and Sarah came on hard times. They came from a family of unbelievers. Which is hard to navigate this whole following God adventure while you are figuring out marriage when you haven’t had an example in front of you.

They lived with the ache of wanting children and not having any. They moved a lot, which is stressful and trying all on its own.

But they moved with tons of people, animals, possessions, and they moved in a time of crisis--a severe drought. These are all massive pressures that don’t set a marriage up for wedded bliss.

Then Abraham’s fear got the best of him, and he lied about Sarah not being his wife in order to save his own skin from Pharaoh who had taken a shine to her. The New Testament tells us that somehow Sarah trusted without fear.

Your adornment must not be merely external—braiding the hair, and wearing gold jewelry, or putting on dresses; but let it be the hidden person of the heart, with the imperishable quality of a gentle and quiet spirit, which is precious in the sight of God. For in this way in former times the holy women also, who hoped in God, used to adorn themselves, being submissive to their own husbands; just as Sarah obeyed Abraham, calling him lord, and you have become her children if you do what is right without being frightened by any fear. 1 Peter 3:3-6 NAS

The context of the passage is how the beauty of a gentle and quiet spirit is of great value in the sight of the Lord. And Sarah’s trusting heart toward God and her husband are the illustration Scripture provides.

Trust beautifies us and our marriage.

I’ve often wondered how in the world their marriage weathered the mistakes the two of them thrust on each other. If we could have Bible couples come and give a marriage retreat, I’d love to hear from those two! They lived in love with each other and the Lord through their mistakes--and they both made some huge ones!

I’m not dogmatic about it, but I think the ingredient that gives us the ability to hold on to love through those times is trust.

During a particularly trying time in our life, the Lord pointed out how my lack of trust was actually a lack of love. First Corinthians tells us that, “Love believes the best” as it is translated in the ESV. I like that rendering of the Greek, to "believe the best.”

To have someone believe the best about us is something we all need in this life. And if it isn’t us believing the best for our spouse, then who will be that person in their life?

When we have walked through those dark tunnels, my trust in God’s character and trust in my husband’s character were tested and ultimately it was resettling my heart in that trust of who God is and who He made my man to be that made room for reconciliation, hope, grace, and love to flourish between us again.

It’s a private matter that leaks out publicly. When there is trust between spouses and their God, it shows. When it’s not there, it shows too. Painfully.

Abraham and Sarah became known as the father and mother of our faith. Their ability to trust God and one another through all life’s twists and turns was central to the Lord using their marriage to draw others to Him. 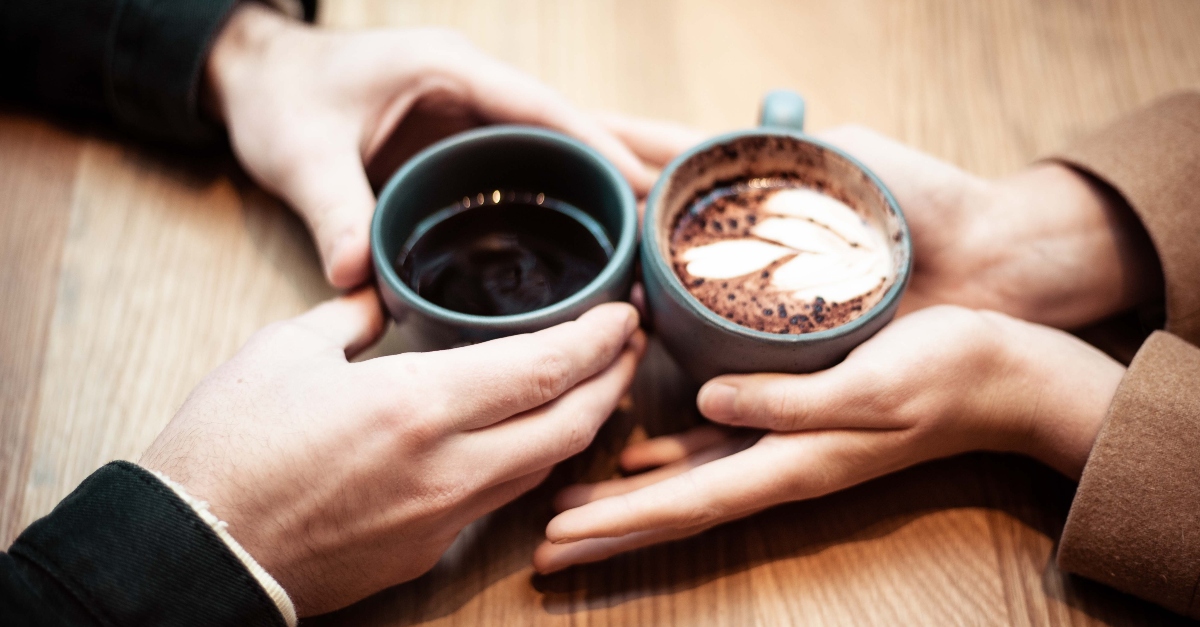 Paul, having remained many days longer, took leave of the brethren and put out to sea for Syria, and with him were Priscilla and Aquila…Now a Jew named Apollos, an Alexandrian by birth, an eloquent man, came to Ephesus; and he was mighty in the Scriptures. This man had been instructed in the way of the Lord; and being fervent in spirit, he was speaking and teaching accurately the things concerning Jesus, being acquainted only with the baptism of John; and he began to speak out boldly in the synagogue. But when Priscilla and Aquila heard him, they took him aside and explained to him the way of God more accurately. And when he wanted to go across to Achaia, the brethren encouraged him and wrote to the disciples to welcome him; and when he had arrived, he greatly helped those who had believed through grace, for he powerfully refuted the Jews in public, demonstrating by the Scriptures that Jesus was the Christ. Acts 18:18, 24-28

When Paul needed work to support himself, he made tents and ended up working and lodging with Pricilla and Aquila. Later, they accompanied him on a missionary journey and ended up staying in one city while Paul went on to another.

The two of them encouraged and corrected a young, passionate believer who then went on to evangelize more people for Christ. They are an amazing example that every godly couple should learn from and aspire to be like.

Be that couple that works together to build up others! This marriage team poured into Paul and also exhorted a younger-in-faith Christian man who went on to be an evangelist.

Our marriages can be an oasis of refreshment and encouragement to others if we fix our focus on kingdom purposes. They weren’t out looking for God’s work, He brought it to them. They were simply available and willing.

Spend time praying for the Lord to ready your marriage for His work and then wait expectantly!

God’s design for marriage beautifully reflects who He is and when we seek to honor Him with our relationship, He is faithful to show Himself to us and through us!

April Motl is a pastor’s wife, homeschool mom, and women’s ministry director. When she’s not waist-deep in the joys and jobs of motherhood, being a wife, and serving at church, she writes and teaches for women. You can find more encouraging resources from April here and here.

This content first appeared on Crosswalk.com and is used here with permission. To view the original visit: https://www.crosswalk.com/family/marriage/steps-to-cultivating-a-marriage-that-brings-others-to-christ.html