I snapped a picture of my phone and sent it to a friend. Her boyfriend had sent a Facebook Friend request and even liked my author page. She sent a text back with a smiley face, “He wants to know my people.”

When you’re dating someone, it comes as no surprise that you begin to daydream about a future together. You imagine getting married, building a home, getting your first furbaby and eventually starting a family.

At least that’s the way it is for women. We grow up to stories of Cinderella and wonder when our prince charming will come into our lives to build that picket fence.

You may be ready, but is the guy you’re dating ready? How long does it take a man to know he wants to marry you?

How Long Does It Take a Man to Know He Wants to Marry You?

The answer to that question varies. I knew the moment I met my husband, Chris, that he was the, “one.” Chris realized it five months into dating. Whether it was love at first sight or it took a little time to arrive at the marriage step, all couples have their own stories of how long it took them to realize they had found the “one.”

According to some men, there is no specific time limit but the average time could take up to a year. However science begs to differ. According to one study, it takes about six months or 172 days to decide if the person they are dating is marriage material.

After studying 2,000 coupled and uncoupled people, participants of the study told researchers, Nadav Klein and Ed O’Brien, it took about five bad interactions before they disliked someone. Joe Taravella, a psychologist and therapist, says Klein’s findings are consistent with his professional experience.

“After the three-month honeymoon period, people tend to let down their guards and you begin to get a true glimpse of the real person and how they deal with the good and bad and everything in between,” Taravella, who’s based in NYC, told The New York Post.

In other words, getting into your first argument, misunderstanding or fight helps each other decide if the person they are dating is marriage material. Perhaps that’s why the Bible has several references about living with a quarrelsome wife that we should look at before moving on, like Proverbs 21:9: “Better to live on a corner of the roof than share a house with a quarrelsome wife.”

In other words, we need to show our partners who we really, truly are before they can make the decision he wants to get married. While these passages refer to a wife’s characteristics, the concepts can be applied to the partner we are dating.

Both parties in the dating relationship need to know who their partner truly is without all the pretenses. It’s all about being real, honest, and bare faced. But can there possibly be early signs he’s into you?

When Chris and I first started dating, we were in high school. Our story is mostly full of that mushy love stuff that’s sickening to hear about. Yet, here we are 21 years later in our late 30’s still together by God’s grace!

There are, however, many subtle signs that indicated Chris was already thinking I was the one for him when we were teens and these small subtle signs are true in other relationships that are created outside of high school or college. When we talk with friends who began dating in their late 20’s or even mid 30’s, these small early indicators were the same in our relationship too.

Here are 9 signs that he wants to marry you: 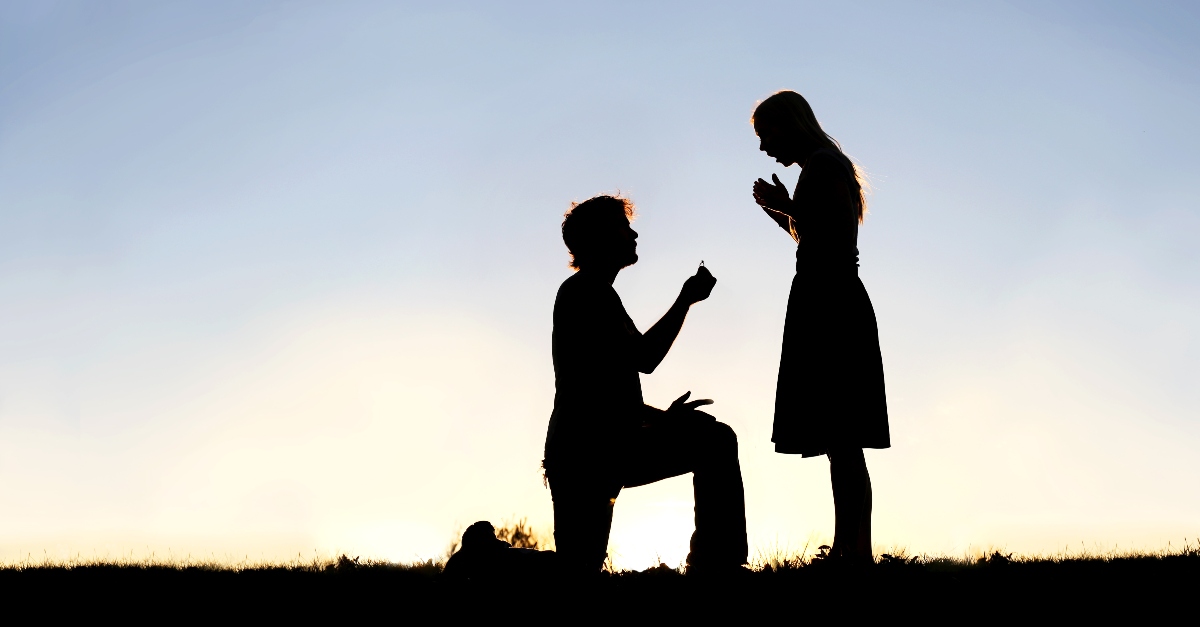 You and your guy have been dating for a while and your relationship feels strong and solid. So when you attend an outing with your guy, one of his friends turns to the both of you and says, “So when are the two of you tying the knot.” Your man smiles and laughs a little before he states, “You’ll be the first to know,” before moving on in the conversation.

This is a small subtle shift that indicates he is already making future plans and is honest about what he is thinking.

Men do not bring up future plans unless they know it’s concrete or nearly concrete. But when a man brings up future plans, it is an indication that he wants to know what you think and your opinion does carry weight with him.

He uses words such as “our,” “we” and “us,” when he talks about the future and he may even play the “What if…” game. He may say things like, “What if we moved to Austin.” These questions may seem silly or innocent but deep down, he wants to know if your ideas about the future mesh with his.

2. He Invites You to Every Occasion

You have become his plus one for all occasions. This means that he sees you playing a huge part in the big picture of his life instead of compartmentalizing your relationship from the rest of his life.

He wants you to feel like a part of his life, every part of it. Nothing says he enjoys being with you more than being invited to events in his life--all events!

This also includes work events that carry a lot of weight because men highly value their character and reputation in the workforce.

3. He’s Talked to You about His Secret Dreams

If he tells you about his hopes and dreams, his fears and challenges, it shows he wants to confide in you. He is looking for something long term.

Men typically don’t talk about things like this because it’s deeply personal. It speaks to a strong degree of intimacy and emotional comfort he has with you. If he is opening up to you, it may be a sign that you are the one.

4. He’s Introduced You to His Parents

Parents are the biggest hurdle in any relationship because parents are just that --parents. They are a huge part of his life and their opinion matters.

He is proud of the person you are if he wants you to meet the parents. He wants them to get to know you and see what he sees in you. His parents will also connect with you and act like you’re going to be around for awhile. They care what you think.

5. There’s an Increase in Touch

He finds reasons to “accidentally” touch you, like brushing the hair of your shoulders, putting his arm around you at church or he acts protective and puts his arm around you when the environment gets loud, noisy, rough or crowded.

If he wants to hold your hand all the time, he loves the way you feel to him.

If and when you two have to be a part for work or some other reason. He makes it very clear that he misses you and regrets that you two weren’t able to spend time together.

He will find a way to connect throughout his absence via texting, Facetime, or phone calls. This means he is also thinking about you.

7. He Is Always on Time, or Even Early

When a man is serious about a relationship, it becomes a priority. He does not want you to be kept waiting and tries to put his best foot forward.

Punctuality shows he is looking forward to spending time with you and if he shows up early, it really does mean he cannot wait to see you. On the flip side of this, if he constantly breaks plans, makes last minute excuses or is chronically late, it is a sign that he is not into you and you are not a priority.

8. He’s Introduced You to His Pastor or Life Group

If you’ve met his pastor and life group, it’s another sign he is serious about the relationship and wants to pursue it with Godly counsel. Nothing will test a relationship more than laying it down at Jesus’ feet.

Attending church together and interacting with those who walk closely with your man is a big step forward in a relationship. It’s also a sign that he loves Christ which is valuable insight.

A man that loves Jesus more than you gives you deep insight to his heart.

9. He’s Stated that He Wants to Marry You

You’re deep in a conversation with a friend that is engaged and she’s talking about wedding planning and your guy jokes lightly that you’d look better in white than a bridesmaid dress, it is an indication of what is on his heart.

Men do not joke about marriage or take the future lightly. So if he says things like this, it’s a sign he is thinking about.

And if your man has outright said he wants to marry you, take him at his word.

Heather Riggleman is a believer, wife, mom, author, social media consultant, and full-time writer. She lives in Minden, Nebraska with her kids, high school sweetheart, and three cats who are her entourage around the homestead. She is a former award-winning journalist with over 2,000 articles published. She is full of grace and grit, raw honesty, and truly believes tacos can solve just about any situation. You can find her on GodUpdates, iBelieve, Crosswalk, Hello Darling, Focus On The Family, and in Brio Magazine. Connect with her at www.HeatherRiggleman.com or on Facebook.

This content first appeared on Crosswalk.com and is used here with permission. To view the original visit: https://www.crosswalk.com/family/marriage/signs-that-he-wants-to-marry-you.html