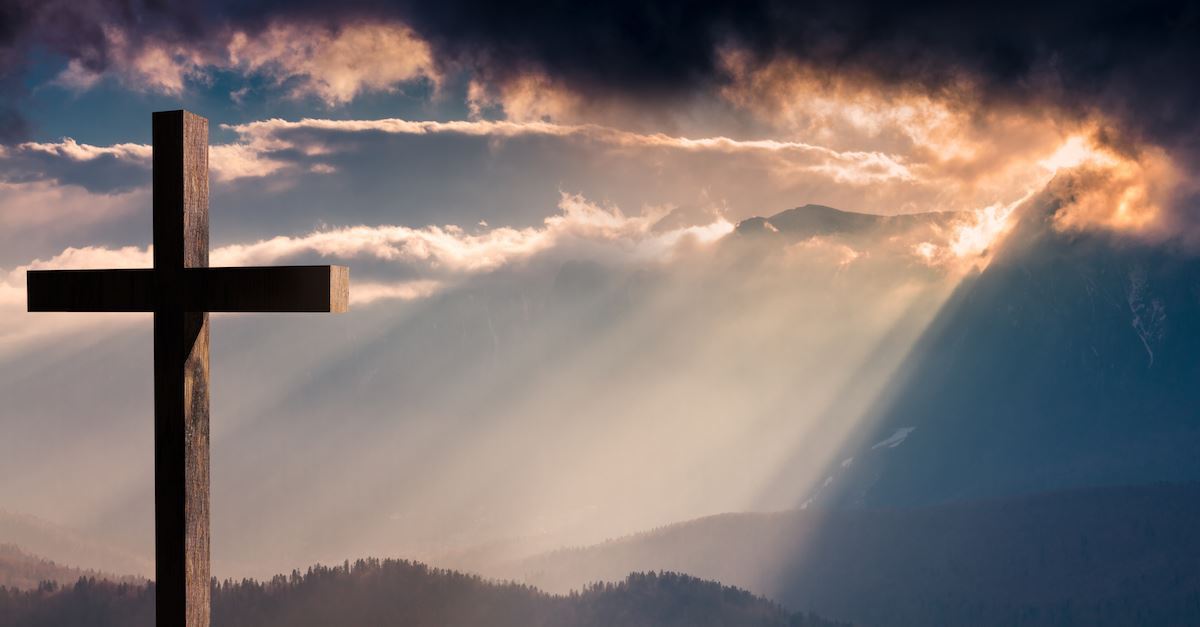 “What If?” is a series of best-selling books put together by Robert Cowley, in which historians look at key events in history and try to imagine what if things had not happened that way.

What if Pontius Pilate had spared Jesus?

That is the title of the chapter by Carlos M. N. Eire, chairman of the Department of Religious Studies at Yale University. The subtitle reads, Christianity without the Crucifixion.

Eire imagines Pontius Pilate heeding the warning of his wife whose sleep had been disturbed that night by thoughts of “that righteous man.” Her message to the governor said, “Have nothing to do with him.”

So, he asks, what if Pilate had done the right thing and resisted the religious leaders and the rabble who were crying for Jesus’ execution? What if he had released Him?

On one page, underneath a 13th century painting of Pilate with the Jewish leaders is the caption: “The Decision That Made a Religion.” We can insist that it wasn’t the resurrection that “made” the Christian faith, but we won’t quibble over the importance of the crucifixion.

Eire asks, “What if Jesus hadn’t been nailed to a cross at Pilate’s orders? What if he had lived a long, long life? Or even just ten more years? Or one? What if his person and message had been interpreted differently, as they surely would have been?”

The answers could easily go all over the map, as Eire acknowledges. He says, “To speculate on what might have happened if anything at all had been different in the story of Jesus and his followers is to sail in an infinite ocean of possibilities.”

In other words, your guess is as good as his.

There’s No Separating Crucifixion from Resurrection

One thing is sure: If no crucifixion, no resurrection. And without either a cross or an empty tomb, we have nothing but an inspiring story of a wonderful man who lived an exemplary life. In other words, we’re in big trouble.

Asking “what if Jesus did not go to the cross” is tantamount to wondering: “What if God were wrong?”

And when you open that pandora’s box, chaos erupts in every direction.

During Easter season, it’s the “in” thing for preachers and Bible teachers to go to seed on the pivotal event of the resurrection. Without it, nothing. With it, everything.

The crucifixion is the first half of the Easter story. Separating the death of Jesus from His resurrection and trying to make one more important than the other is like running a ripsaw through your torso and trying to decide which half was more essential to your existence.

Which half of the jetliner is more important, the front or the back? Which wing is more necessary? 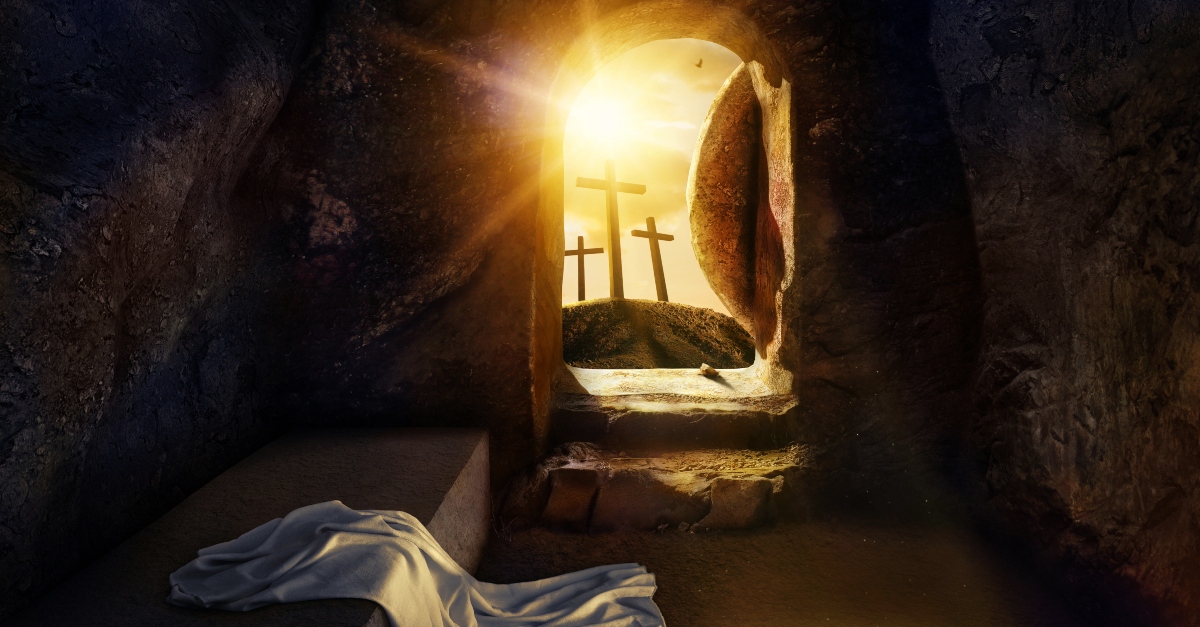 What If Jesus Had Not Risen from the Grave?

I wonder why Robert Cowley didn’t assign someone to write a far more intriguing chapter on “What if Jesus had not risen from the grave?”

I think we know. Asking someone to write on “what if Jesus did not rise” would be tantamount to admitting that He really did rise from the dead. And if one admits that, he has to deal with a world of implications and consequences.

So, it becomes easier for these scholars to ignore the resurrection, which many have ruled out as an impossibility (without having investigated it) for the simple reason that “people don’t come back from the dead.” Dealing only with the crucifixion poses no problem for historians. The odd thing is that the Scripture accounting for Jesus’ crucifixion is also our authority on His resurrection. For scholars to accept the first part as authentic but ignore the second is prejudicial, indicating a bias against God.

Interestingly, the Apostle Paul wrote his own abbreviated version of “what if Jesus had not risen from the grave?” in 1 Corinthians 15:12-19. He names seven dire consequences if Jesus’ body was still decomposing in a grave somewhere:

–our preaching is without foundation

–and so is your faith

–we are false witnesses about God, claiming that He did what He did not

–your faith is worthless

–you are still in your sins

–all who have “died in Christ” are really dead

–we are to be pitied

What Paul did not do, however, was to speculate on what would have been the consequences if Jesus had been released by Pilate and lived out the rest of His life in the kind of preaching/healing ministry that characterized the first three years.

However, let’s engage in just a little of this kind of foolish speculation. Let’s ask: What would we have if Jesus had not died on the cross for our sins? 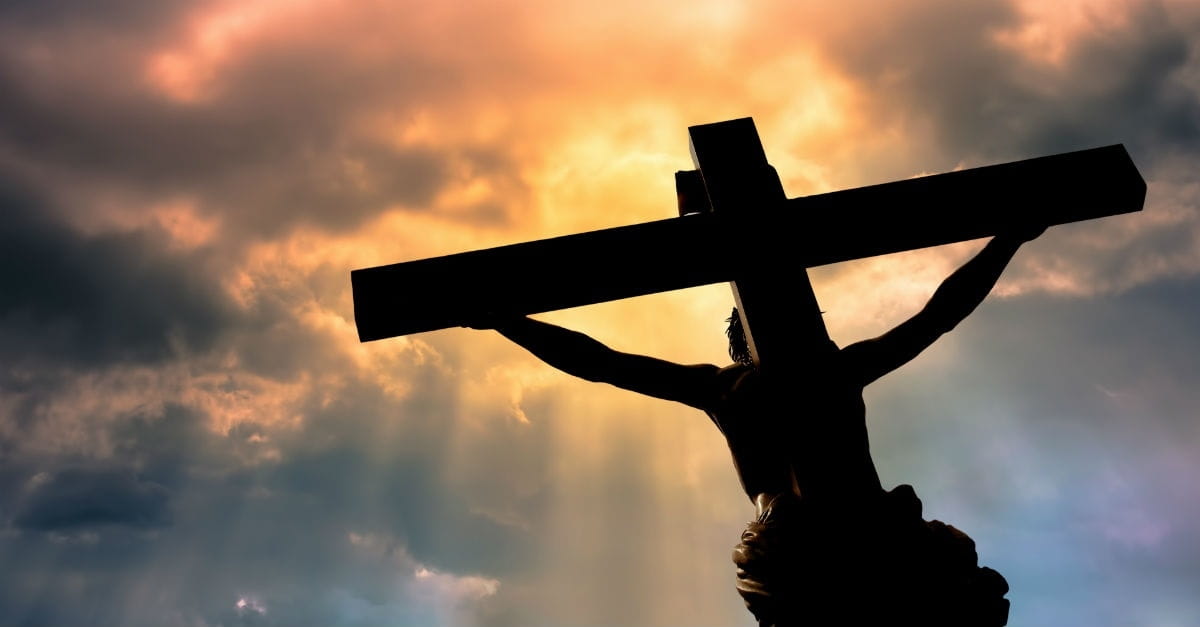 1. Without Jesus’ Death There Is No Sin Offering

After all, what would be an appropriate sacrifice? That’s the question the prophet Micah posed: What should I bring before the Lord when I come to bow before God on high? Should I come before Him with burnt offerings, with year-old calves? Should I give my firstborn for my transgression, the child of my body for my own sin? (Micah 6:6-7)

Nothing would be good enough, valuable enough, sufficient to atone for my sins.

2. Without Jesus’ Death There Is No Forgiveness

Everyone would be on his own before God. Forgiveness for all your sins against the Holy God? In your dreams. There would forever be an incalculable debt on Heaven’s books, an outstanding debt which no amount of human suffering or pleading could erase.

3. Without Jesus’ Death There Is No Gospel

Since “gospel” means “good news,” we would have none. Our preaching would consist of: “You’re sinners and you’re going to hell.” Period. Come to think of it, our preaching would sound pretty much like some I’ve heard.

4. Without Jesus’ Death There Is No Christianity, No Church, No Salvation

Nothing. Instead of the Christian gospel blazing across the world, we would have a Jesus Memorial Society at best. A few persons with a love for history might meet occasionally to repeat Jesus’ messages and study the lore that grew up about Him. Nothing more.

Come to think of it, that sounds exactly like a lot of liberal churches. When they lose the core message—the death, burial, and resurrection of Jesus—all they have left is some unattached teachings and moral principles.

Historian Eire imagines there might have been a religious movement to grow up around the teachings and life of Jesus along the line of those honoring Buddha and Confucius. However, he says the members of this religion would still be looking for a Messiah to come.  And no one would be willing to die for such a faith.

I think he’s right about that.

Without the cross, Jesus is not the Messiah.

After all, Psalm 22 and Isaiah 53 point to the death of the Messiah for the sins of the people.

And without shedding of blood, there is no forgiveness. (Hebrews 9:22)

God has known all along what He was doing.

That day in Jerusalem, Pilate caved in to the crowd and sent Jesus to His death. Jesus died on the cross as He expected. He bore our sins. They buried Him in a borrowed grave. And on the next Lord’s Day morning, disciples found the tomb empty and the Savior alive and around.

Not only do we acknowledge His death, we celebrate it. We call that day “Good” Friday for good reason.

Surely He has borne our griefs and carried our sorrows. – Isaiah 53:4

Thank God for the cross of Jesus.

Joe McKeever has been a disciple of Jesus Christ more than 65 years, been preaching the gospel more than 55 years, and has been writing and cartooning for Christian publications more than 45 years. He blogs at www.joemckeever.com.

This content first appeared on Crosswalk.com and is used here with permission. To view the original visit: https://www.crosswalk.com/blogs/joe-mckeever/what-if-jesus-had-not-died.html