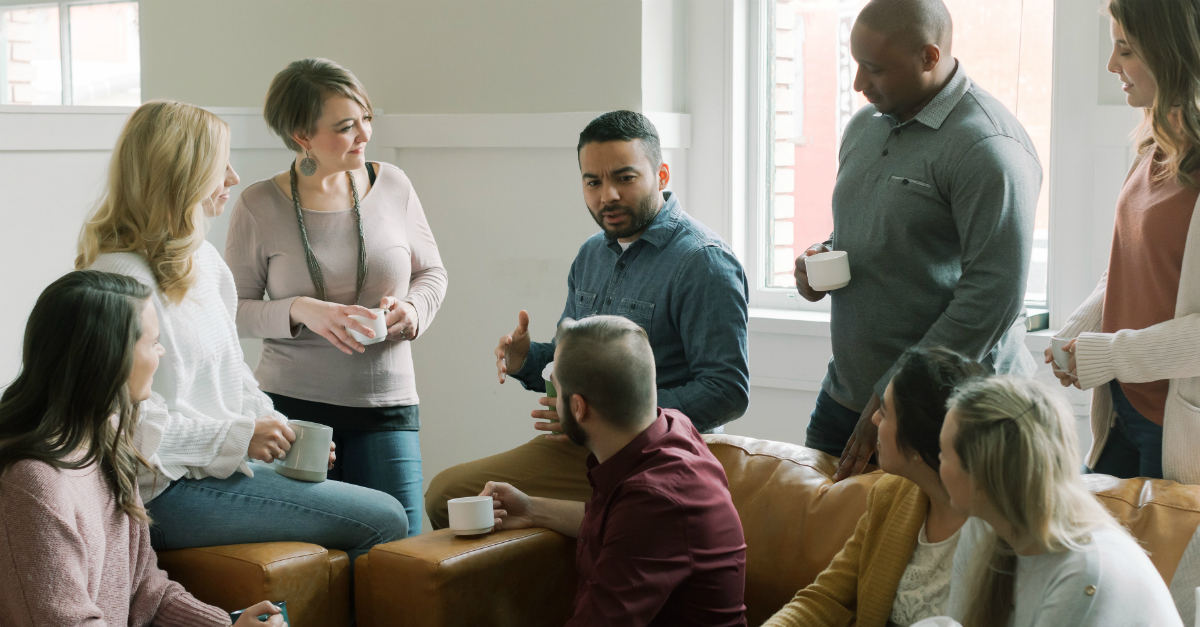 He did not say anything to them without using a story. (Mark 4:34 NIRV)

You hear it, see it, read it, or experience it. All your senses come alive. “This is one I’ll remember a long time,” you think—and sure enough you do. For a long time afterward, your mind reels with the possibilities. What can I do with this great story? What sermon will it fit? How can I work it in?

I’ve sometimes facetiously said that a great story will fit my sermon next Sunday. The sermon may have to be reworked, but if it’s a great story, it will fit.

Like the time my wife and I were dining in Baby Doe’s restaurant on the mountainside in Birmingham, Alabama. I noticed our waitress’ name was Auburn. That’s when I decided to get cute.

A Good Story Is Memorable

“Your name is Auburn,” I said. “I’ll bet you have a sister named Alabama.” She said, “I have two sisters, Tulane and Cornell.”

She said, “I have four brothers — Stanford, Harvard, Princeton, and Duquesne.”

She said, “My father’s name is Stanford and my mother is Loyola. They were engaged before it occurred to them that they both had colleges as names, and decided to do this to their children.”

I was speechless. But she wasn’t through.

“When we were little, we were on the cover of Parade magazine, in Ripley’s Believe It or Not, and on Art Linkletter’s Houseparty (a delightful daytime television show from years past some will remember).”

She was married and had two children, she said. I said, “Let me guess. You’re married to Gardner-Webb. Or Truett-McConnell.” She said, “My husband’s name is Ron Harris, a good old American name. But my children are Slippery Rock and Agnes Scott.” She smiled and said, “I’m teasing about that.”

Auburn formerly worked as a flight attendant on Southern Airways, the airline that serviced our home airport back in Mississippi. A few months later, flying back from Dallas, I asked the flight attendant, “Did you ever know a stewardess named Auburn?” She laughed. “Auburn Bardwell—had all those weird-named brothers and sisters!”

Stories Can Make a Sermon

Auburn’s story made my sermon the following Sunday. I forget what I had been planning to preach, but the message ended up dealing with the significance of names in our culture, in the Bible, to God, and in Heaven (where we will receive a new name; see Revelation 2:17 and 3:12).

Every good storyteller I know will tell you that he/she sometimes embellishes a tale to make it better. I admit I’m not above doing that myself, but in ways that do not change the integrity of the account.

However, the above tale about Auburn’s family is word-for-word as I remember it. I’ve told it so many times, it’s fixed in my head forever.

Now, the question here is, “You’ve got a good story to incorporate into a message. What do you do with it?” 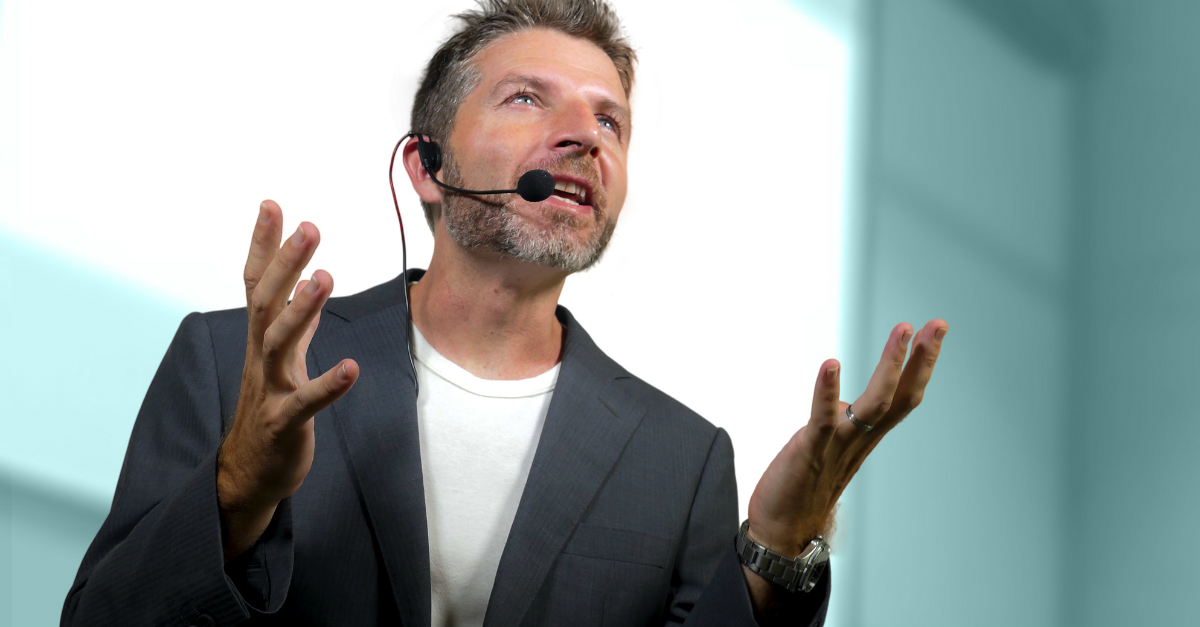 Use Story to Cast a Positive Light

One of the hardest things a pastor ever has to do is refrain from using a great story because it presents someone (a family member, a church member, a friend, someone) in a bad light.

Nothing reveals his level of maturity like the ability to lay that story aside.

The time may come (500 miles away, 50 years later) when he can pull it out and use it. But not now and not here. The price for a powerful illustration is sometimes higher than he needs to pay.

And, if the person paying that price is the victim of the story, a faithful pastor will use wisdom and exercise mercy and find something else to tell.

In his outstanding book, The Preacher as Storyteller, Austin Tucker says, “Sometimes you will find a story that is so compelling that you just have to use it. You may prepare a whole sermon just to fit that story. That is not bad if you really do wed the story to the right text and theme.

The danger is double, here, however. You may end up with the tail wagging the dog…The other danger is that the preacher will count on the strength of one story and not give due diligence to searching exegesis of the Scriptures and submission of the story to the divine truth in the Word.”

A Story about the Power of Story

Michael Zigarelli illustrates the power of the right story by telling the effect one had on his 11-year-old son, also named Michael.

In his book, Influencing Like Jesus, Zigarelli tells how his son (like his dad) fought battles to control his temper. The responsible father tried numerous methods to assist his son, but, “not one of them ever had the effect of reading him a story from Bill Bennett’s A Children’s Book of Virtues."

So, what we have here is a story about the power of a story:

Genghis Khan, the 13th-century Mongolian warlord, also fought endless battles with his temper. One day he was out hunting with his pet hawk who would find game for him to shoot. They were alone in the woods and after some hours, Khan grew thirsty. When he came upon water dripping from a ledge, he made a cup of a large leaf and collected enough to drink.

At that moment, the hawk swooped down and knocked the cup from his hand, spilling the water. Khan was infuriated. The hawk had never done such a thing before.

By now, the water had stopped dripping. An angry Khan climbed the rock ledge to find the source of the water. There at the top, he saw a large poisonous snake, lying dead in the water, blocking the flow.

The water Khan had been trying to drink was poisonous. His pet hawk had seen the snake and had tried to save his life.

Khan’s uncontrolled anger caused him to repay the heroic bird with death. Zigarelli tells what happened when he read this story to Michael:

“My son, an animal lover, sat in stunned horror, transfixed by the picture of this poor, dying bird at the feet of the sword-wielding soldier. Tears filled Michael’s eyes. He couldn’t sleep for hours that night. The story triggered a flood of emotions—and, I think, a flood of revelation—that no punishment, no Bible verse, no parental relationship ever had. Through the story and the picture, he felt for the first time the destructive power of improperly released anger, and it had a profound effect on him for a long time.”

Zigarelli concludes, “A great story shakes people from their comfort zones and gets them asking questions they’ve never considered asking.”

Luke 15:1-2 tells this story, “Then all the tax collectors and the sinners drew near to Jesus to hear Him. And the Pharisees and scribes complained, saying, ‘This man receives sinners and eats with them.”

And we read in Luke 15:11, Jesus began his storytelling this way: “A certain man had two sons. And the younger of them said to his father...”

The Master storyteller, Jesus, illustrates better than anyone the power and proper use of a great story. His “Prodigal Son” tale in Luke 15 is almost universally acclaimed as the finest example of the art.

Someone once criticized me for telling too many stories in my sermon. I said, “Maybe so. But that reminds me of a story.”

Joe McKeever has been a disciple of Jesus Christ more than 65 years, been preaching the gospel more than 55 years, and has been writing and cartooning for Christian publications more than 45 years. He blogs at www.joemckeever.com.

This content first appeared on Crosswalk.com and is used here with permission. To view the original visit: https://www.crosswalk.com/blogs/joe-mckeever/powerful-reasons-why-storytelling-can-make-your-sermons-better.html