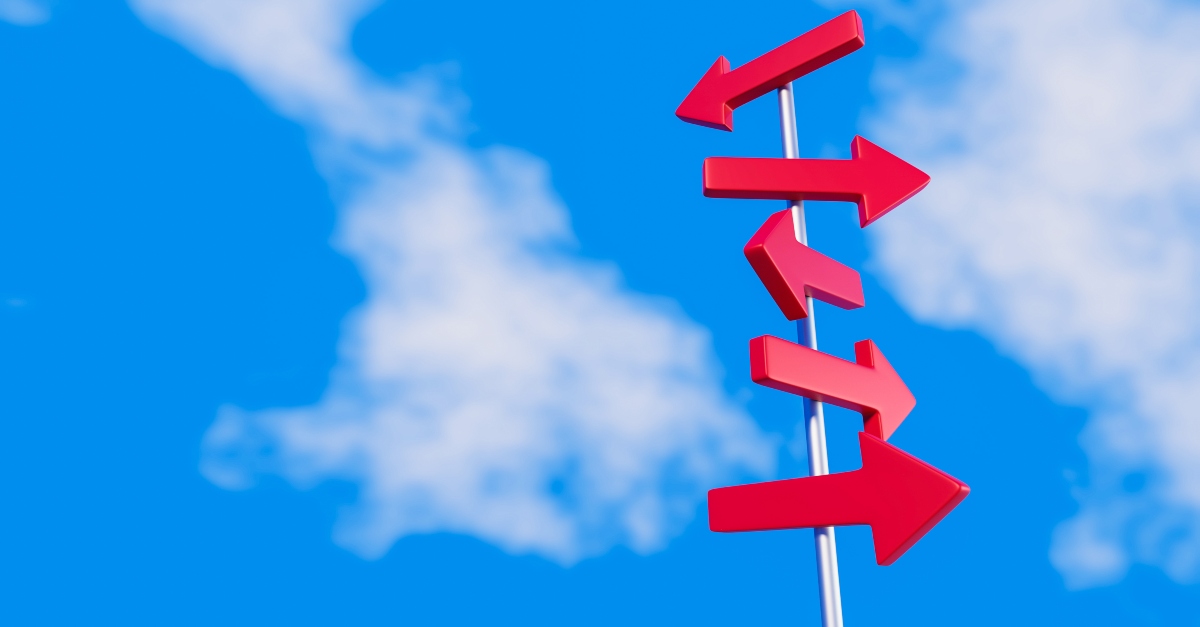 I’ll never forget sitting in the boardroom of a Christian business leader as he boasted of his company as a Christian enterprise. He spoke of the mission trips taken by employees, investments the company made in select parachurch ventures, their corporate chaplain, and the Bible study offered on campus. All well and good; but throughout his discourse he took more than his fair share of shots at local churches that were not as “alive” as his company was in their faith. In the midst of one of his personal asides about the state of the church as compared to the pristine faith-culture at his business, he maintained that it was for this reason that he wasn’t involved in a local church. Churches were, he intimated, beneath his spiritual level. But it was this next line that crossed a biblical line:

Everything within me wanted to leap from my seat and shout, “No, you are not!”

A company is not the body of Christ instituted as the hope of the world by Jesus Himself, chronicled breathtakingly by Luke through the book of Acts, shaped in thinking and practice by the apostle Paul through letter after letter now captured in the New Testament.

A marketplace venture that offers itself on the New York Stock Exchange is not the entity that is so expansive with energy that not even the gates of Hell can withstand its onslaught.

An assembly of employees in cubicles working for end-of-year stock options and bonuses is not the gathering of saints bristling with the power of spiritual gifts as they mobilize to provide justice for the oppressed, service to the widow and the orphan, and compassion for the poor.

But I shouldn’t have been surprised by his statement. After all, I’ve heard it all:

Let me be clear.

With jaw-dropping vigor, ignorance and at times unblushing gall, increasing sectors of the evangelical world are abandoning 2,000 years of ecclesiology as though the church was some malleable human construct that can be shaped, altered, redefined or even disposed of as desired. This, coupled with a radical revisionism in terms of biblical interpretation and ecclesial history that would seem more in line with The Da Vinci Code than Christian theology, the doctrine of the church is being reformulated apart from biblical moorings, or simply dismissed as if not a part of biblical orthodoxy at all.

The word “church,” from the Greek word ecclesia, literally means “the called-out ones.” It was a word that was used in Jesus’ day for any group that was gathered together for a specific purpose or mission. Jesus seized the term to speak of a group with a very specific purpose or mission, setting it apart from every other group or mission. This is where ecclesiology, which is the theological term for the doctrine of the church, finds it origin. The church of Christ, however, is anything but a man-made organization; rather, it was founded and instituted by Jesus Himself (Mt. 16:18).

In the Bible, you have three primary understandings of this church—the body of Christ: 1) the local church, 2) the universal Church as she exists around the world, and 3) the Church as she exists throughout time and history, incorporating all of the saints who will one day be gathered together in Heaven. Without question, the dominant biblical use is in reference to a local church or collection of local churches as defined bodies of believers that were gathered with both intent and order. Think of how the letters of Paul were written: “To the church of God at Corinth”; “To the churches in Galatia”; “To the church of the Thessalonians”; and at the beginning of John’s Revelation, “To the seven churches in the province of Asia.”

This church was to serve as the ongoing manifestation of Christ Himself on earth, being called His “body”—an idea of profound significance throughout the New Testament. Beyond the interconnectedness this suggests, it means that the church is the locus of Christ’s activity and that He works through the church now as He worked through His physical body during His 33-year life. In the New Testament there is no ministry outside of the local church, or at least its umbrella. And there is no such thing as an unchurched Christian. To New Testament thinking, that would have been an oxymoron.

But what is this “local” church that functions as the body of Christ? As a theology professor explaining this to my seminary students, I wanted to convey the specificity inherent within the nature and definition of the church. I came up with five “Cs,” beginning with community. 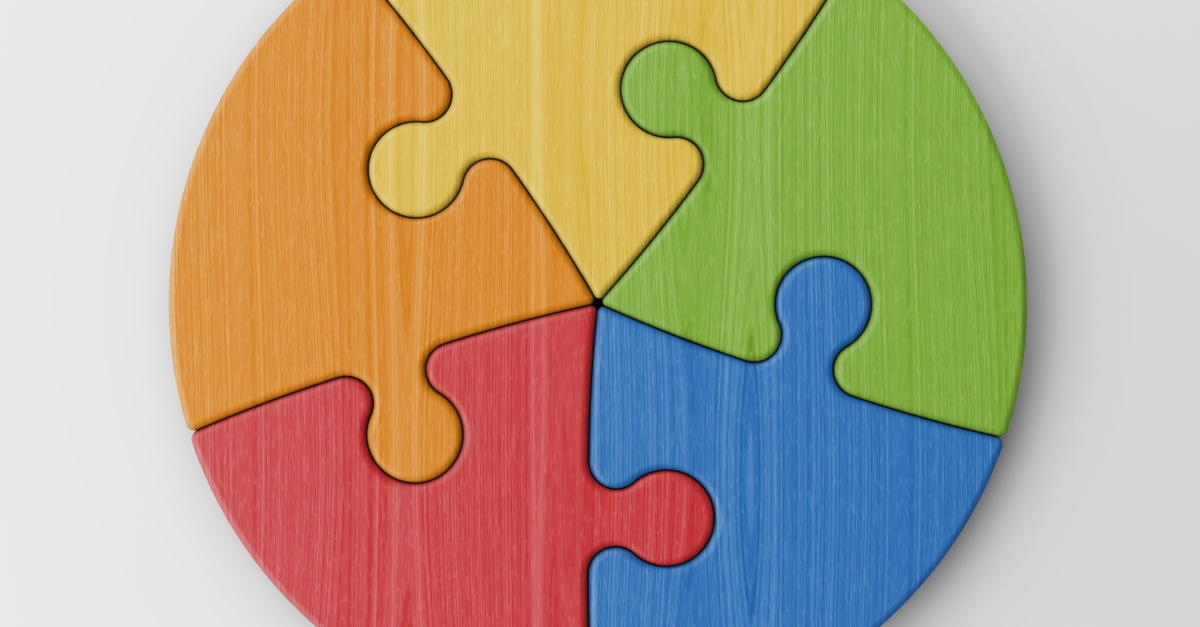 To be a church, you must be a community of faith. There is no sense that this community was to be segmented in any way, whether by race, ethnicity, gender or age. But the community is to be defined in one way: it is to be made up of God’s people. Those outside of the faith were to be welcomed and spiritually served, but they were never to constitute the church itself nor partake in its sacraments. As a defined community of faith, the New Testament church had clear entry and exit points. We see this throughout the New Testament not only in the address of the apostles’ letters to defined groups of people in various geographic locations, but also in the prescribed exercise of church discipline. Paul wrote of those “inside” the church and those “outside” the church, and he wrote of the importance of expelling those who are wicked and unrepentant (I Cor. 5:12-13).

The second dynamic that constitutes the church involves confession. The idea of “confession”, in the sense being suggested here, is related to the Greek homologeo, which means “to say the same thing” or “to agree.” For the church to be the church, it must be a place where the Word of God as put forward in Scripture is proclaimed in its fullness. If a Christian church is anything, it is foundationally confessional, for the earliest mark of the Christian movement was the clear confession that Jesus is the Christ (Mk. 8:29) or the Lord (Rom. 10:9; cf. Acts 16:31; I Cor. 12:3; Php. 2:11).

The third mark of the church is corporate. The Bible speaks of defined organizational roles, such as pastors/elders/bishops (The three terms are used in ways that are synonymous and interchangeable in the New Testament.) and deacons, as well as corporate roles related to spiritual gifts, such as teachers, administers and, of course, leaders (cf. Rom. 12; I Cor. 12; Eph. 4; I Pet. 4). These corporate dynamics allow money to flow from one group to another (II Cor. 8); decisions to be made by leaders as to doctrine and practice (Acts 15); and the setting apart of select individuals for appointed tasks, mission and church plants (Acts 13).

The fourth dynamic of the local church is celebration. The church is to gather for public worship as a unified community of faith, including the stewarding of the sacraments of baptism and the Lord’s Supper, for these are far from being “public domain.” In the New Testament, believers were to “come together” for the Supper, and its proper administration fell under apostolic teaching and direction that was then delegated to pastors to oversee. Indeed, the refusal of the Lord’s Supper by church leaders to church members has been one of the more common approaches to church discipline throughout history.

The final mark of the local church relates to cause. The church is on a very specific mission, given by Jesus Himself, to reach out to a deeply fallen world and call it back to God. According to the Bible, this involves active evangelism with subsequent discipleship, coupled with strategic service to those in need, such as the poor. It is this “cause” that may be the most defining mark of all. As theologian Jurgen Moltmann reminds us, the church does not “have” a mission; rather, the mission “has” us.

When a glimpse of Christ’s dream erupts, there is often the exclamation, “This is church!” Much of it flows from the “asides” within Luke’s narrative of Acts where he seems to pause in his history of the early church and write a description of its power and majesty. Perhaps his most well-known summation is in the second chapter:

They devoted themselves to the apostles’ teaching and to the fellowship, to the breaking of bread and to prayer. Everyone was filled with awe, and many wonders and miraculous signs were done by the apostles. All the believers were together and had everything in common. Selling their possessions and goods, they gave to anyone as he had need. Every day they continued to meet together in the temple courts. They broke bread in their homes and ate together with glad and sincere hearts, praising God and enjoying the favor of all the people. And the Lord added to their number daily those who were being saved. (Acts 2:42-47, NIV)

Yes, that is the church. And only that.

Jurgen Moltmann, The Church in the Power of the Spirit.

James Emery White is the founding and senior pastor of Mecklenburg Community Church in Charlotte, NC, and the ranked adjunct professor of theology and culture at Gordon-Conwell Theological Seminary, where he also served as their fourth president. His newest book, Christianity for People Who Aren’t Christians: Uncommon Answers to Common Questions, is now available on Amazon or at your favorite bookseller. To enjoy a free subscription to the Church & Culture blog, visit ChurchAndCulture.org, where you can view past blogs in our archive and read the latest church and culture news from around the world. Follow Dr. White on Twitter, Facebook and Instagram.

This content first appeared on Crosswalk.com and is used here with permission. To view the original visit: https://www.crosswalk.com/blogs/dr-james-emery-white/5-cs-that-comprise-the-church.html